This season we are thrilled to bring you a line-up of lively,

They will be the driving force behind a new era of 50|50. 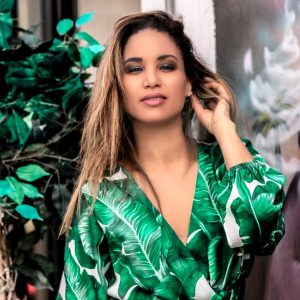 Kia’s passion for the environment is evident in her involvement in many environmental campaigns and initiatives.

Some of her achievements include being an Ambassador for WWF South Africa, winning ‘Most Influential Plastic Free Mzanzi Campaigner’ for 2019 at the #PlasticFreeMzanzi initiative, as well as being listed as one of the top environmental influencers in the country by Treeshake for 2019 just to name a few!

A familiar face to TV and known for her bubbly personality, Kia has presented and produced for the Expresso Morning Show on SABC3, as well as being a part of various radio shows on Radio 2000, MetroFM, SAfm, KFM and
GoodhopeFM as a Radio and Traffic Presenter.

She’s also responsible for helping list Table Mountain as one of the 7 wonders of nature, a huge achievement for Cape Town and South Africa!We know that our audience is going to love her warmth, passion and knowledge! 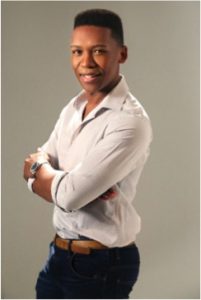 Ashmund Martin hails from the small town of Prieska, in the Northern Cape and has since seen his rise in the television and entertainment industry take him across the country and develop keen interest and awareness regarding the state of our natural environments and conservation. With 50|50, Ashmund will have the opportunity to exhibit his growing passion for conservation and nature.

Growing up, he was always mesmerized by the magic of television, created by various actors and presenters who entered his family’s living room every evening. When the time came to choose a career, his love for entertainment steered him towards pursuing show business, but his journey had him embarking on a longer road to his intended destination.

In 2009, he relocated to Johannesburg exposing himself to the industry. His first break came when he landed a job as a researcher and trainee presenter for the Afrikaans entertainment programme Kwêla on kykNET. He has recorded voice overs for the MTN SAMA’s, Idols SA, kykNET & kie and SAB Miller.
In 2014, Martin made his movie debut as a supporting act in an Afrikaans movie called “Rowwe Diamante”, an opportunity that prompted him to shift his career focus to presenting, singing, acting, voiceover work, event hosting and MC work.

While exploring various options, his love for conversation, gave him an opportunity to be a guest radio presenter on Cliff Central. He also had the opportunity to do red carpet interviews at the BET Awards in Los Angeles. In the same year, he was cast to feature in a Caste Lite “Republic of Extra Cold” advertisement further boosting his profile as a memorable face on South African television screens.

His ultimate goal is to become a face of South African television and cinema, both in front of, and behind the camera. Although his first language is Afrikaans, his proficiency in English makes him yet another gem in the rich cultural tapestry that is South African society. 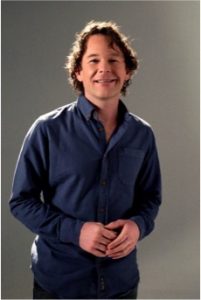 Since he was a little boy, Bertus loved looking for spiders and bugs wherever he went. As someone who is passionate about life, people and adventure, he traveled the world looking for opportunities to learn and contribute to conservation and social issues. His travels took him to more than 50 different countries from Iceland to Indonesia and Angola to Kazakhstan.

As someone who loved telling stories and sharing ideas, Bertus decided to study film and video technology. He worked behind the camera on a freelance basis and also qualified as a nature guide with the Field Guides Association of Southern Africa (FGASA). He loved the opportunity this gave him to spend time in the bush and share his passion for the environment with visitors to South Africa.

As a qualified facilitator, he also helps groups of people and organisations to find innovative solutions to their challenges. For years he volunteered his time during major disasters and gave psycho-social support to survivors of war, earthquakes and tsunamis.

In 2013 Bertus joined the 50|50 team as a field presenter and at the end of 2014 he also started writing and producing his own stories. In 2015 he was awarded the SAB Magqubu Ntombela and Ian Player Cub award for his work.

When not traveling or working in Johannesburg, Bertus stays on a farm outside Magaliesburg, where together with some friends, he is pursuing a more sustainable lifestyle. To find out more about Bertus, visit his website at www.mopkop.co.za. 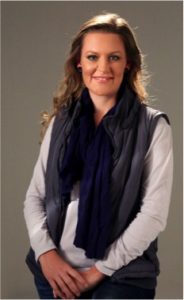 Hermien has more than 10 years of wildlife and environmental film making experience working across the various facets of storytelling including editing, script-writing, directing, camera work and producing.

She previously worked at 50|50 as a producer, winning the SAB Environmental Filmmaker award in 2015 for her portfolio of environmental stories.

Her most recent project was as a producer for an international blue chip series for Animal Planet. She loves travelling, especially in Africa, and is most at home surrounded by nature.